President Lyndon B. Johnson signed Medicaid and Medicare into law on July 30, 1965, creating health care systems for low-income, disabled individuals, and older Americans. These names have become well-known over the past 50 years, covering about 1 in 3 Americans.

How the last 50 years changed in terms of Medicaid and Medicare Medicare In 1965, when these systems were first adopted as law, Social Security data reported the average life expectancy at age 65 for men was 13.5 years, and it was 18 years for women. In 2015, the life expectancy at age 65 has increased to 19.3 years for men and 21.6 years for women! In the beginning, 19 million people signed up for Medicare coverage beginning in July of 1966. As of today, about 56 million seniors and people with disabilities are enrolled in Medicare, with enrollment rising by 2 million or more a year. Medicare did not start out by giving any prescription drug benefits. This coverage was not available through Medicare until 2006. It is also known as Medicare “Part D”. During this time, private insurers were used to process claims, but they didn’t deliver benefits directly. It is much more common now for private insurance plans to provide benefits. In the younger years of Medicare, income was not used as a determination of benefits. Today, upper-income seniors are being charged more. Premiums are higher for “Part B” prescription coverage and outpatient services. The income guidelines for the higher premiums start at about an $85,000 annual income for individuals or a $170,000 annual income for couples. Medicaid Medicaid eligibility was directly correlated with receiving welfare checks from the government. This left many poor children uninsured. However, since the reform of the welfare law in the 1990’s, Medicaid and welfare are not required to go hand-in-hand. Currently, roughly 1 in 3 children are covered by Medicaid, without regard to income. Medicaid has become a safety net for all low-income people without health insurance coverage. Medicaid also used private insurers were to process claims, but not benefits directly. It is much more common now for private insurance plans to provide benefits. However this does restrict their choice of hospitals and clinics. Around 3 out of 4 Medicaid beneficiaries are enrolled in private care managed plans. The future of Medicaid and Medicare Policymakers are in a constant struggle to find a solution for long-term financing issues. One solution may affect beneficiaries who are considered middle class but not wealthy, who may end up paying more for coverage. No one is certain Medicare and Medicaid will be in existence in 50 years, so it is important to plan ahead. To discuss how you can prepare for the future, or find out what options you may have in your current financial situation by creating an estate plan, call our office to schedule a FREE initial one-hour estate planning meeting with a qualified attorney. 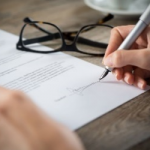 As we enter the new year year, it’s a good time to think about updating your plan. This includes your entire plan, including your primary vehicle, … END_OF_DOCUMENT_TOKEN_TO_BE_REPLACED 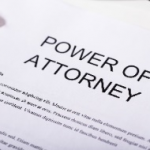 As we enter the new year, it’s a good time to think about updating your plan. This includes your entire plan, including Powers of Attorney. Powers of … END_OF_DOCUMENT_TOKEN_TO_BE_REPLACED 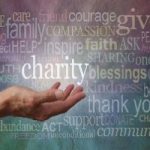 Normally, you must itemize your deductions in order to benefit from them. In 2020, the standard deduction amount is $12,400 for individuals and … END_OF_DOCUMENT_TOKEN_TO_BE_REPLACED