Written By: The American Academy of Estate Planning Attorneys

When leaving behind a legacy for children or loved ones, parents hope that it will bring joy to the recipient. Although nothing can mitigate the sorrow after a death occurs, an inheritance can sometimes alleviate financial worries. Of course, it is not just the money that matters. For as many as 74 percent of Americans, keeping their family history alive is what’s most important after a death.

Unfortunately, problems can arise and disputes can occur over financial assets or family heirlooms. According to the New York Times, a full 84 percent of parents responding to a recent survey believe it is important for the transfer of their money to their children to go smoothly, and 66 percent want to ensure that their death does not create bad feelings among siblings when the estate is divided. However, unless you have talked to your children or other beneficiaries, there could still be bad feelings and conflicts if the terms of your Will or Trust come as a surprise.

The good news about estate planning, according to the New York Times, is that around 83 percent of parents have created a Will. The bad news… only around half have talked to their kids about their last wishes and just 34 percent have actually told their children what their assets are. Parents with estates both large and small have kept mum on what their children can expect in the future, with 55 percent of people with more than $1 million talking to their kids about an inheritance and 53 percent of parents with less than $1 million having that conversation.

Most potential beneficiaries are afraid to bring up the discussion of an inheritance, in large part because they worry they’ll be seen as greedy or viewed as hoping for a untimely death and a big check. This leaves it to parents and others leaving behind a legacy to talk to those who are going to receive a bequest after death.

Unless you can talk to your loved ones in advance, heirs may find for the first time when the Will is probated that they haven’t been left what they expect. This can create hard feelings, conflict among families, and in a worst case scenario it can lead to the Will being contested (which Bank Rate.com suggests could cost around 40 percent of the value of the estate). Fights over Wills can sometimes turn ugly, as the Hollywood Reporter illustrates, sharing the story of how Disney’s estate has left grandchildren accusing each other of kidnapping, financial misconduct, mental incompetence, and other crimes.

Advanced discussion can stop these problems before they start. Including family members in the estate planning process is one option, but if this is too stressful you can still talk to your beneficiaries about what you have planned. At a minimum you should ensure that you:

It is natural to struggle with what and when to tell your kids or loved ones about your plans for after death. However, the reality is that having these difficult conversations sooner rather than later will help to avoid any disputes over your wishes and the terms of your inheritance after you pass.

Elizabeth Mitchell is a partner in the law firm of Ambler Keenan Mitchell Johnson. Beth devotes her practice to estate planning, Medicaid planning, elder law, special needs planning, and probate and trust administration. She is board certified as a Certified Elder Law Attorney (CELA)* through the National Elder Law Foundation, and she is a Veterans Administration accredited attorney. She is a member of the American Academy of Estate Planning Attorneys, the National Academy of Elder Law Attorneys, the Denver Bar Association, and the Colorado Bar Association, where she is a member of the Elder Law Section. 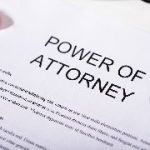 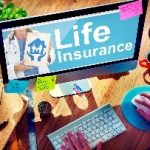 Life insurance is included in the taxable estate typically. A trust is a great way to remove the value of life insurance from the estate. But, there … END_OF_DOCUMENT_TOKEN_TO_BE_REPLACED

Do law firms intimidate you by their use of legal terms? We are here give you a glance into the attorney’s world of estate planning. Here at Ambler … END_OF_DOCUMENT_TOKEN_TO_BE_REPLACED 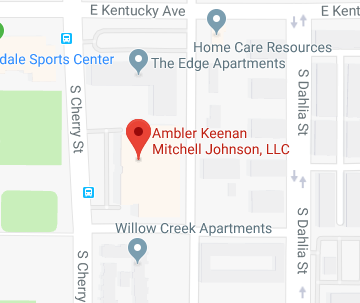