Who was Howard Hughes?

Howard Hughes was an investor, aviator, engineer, film producer, and philanthropist. Look his name up online and you will find many of his accomplishments including, but not limited to, setting world airspeed records, building aircrafts, making films (Scarface, Hell’s Angels, The Outlaw), acquiring and expanding Trans World Airlines, and the Howard Hughes Medical Institute. Later in his life, he was known to be very eccentric and reclusive with an obsessive-compulsive disorder.

What happened at the end? Howard’s physical and mental health decline brought him to the end in 1976. Roughly 3 weeks after his death, a handwritten will was found on a desk at The Church of Jesus Christ of Latter Day Saints. This will has become known as the “Mormon Will,” which purportedly gave $1.56 billion to different charities, almost $470 million to the higher management in his companies and his aides, $156 million to a cousin, and $156 million split equally between his two ex-wives. In addition, a gas station owner was also named as a beneficiary of $156 million dollars. The gas station owners told reporters that he had picked up a disheveled man on a highway and dropped him off at The Sands hotel, 150 miles away. He claimed the man was Hughes. The state of Nevada rejected the handwritten will, and declared it a forgery. The court declared that Howard Hughes had died intestate.

What was the final outcome? 34 years later, (yes, 34 years!) his estate was finally settled. According to various sources, over 1,000 people benefited from the estate. This includes 200 of whom were distant relatives. During his life, Howard had voiced many times that he did not want his distant relatives to inherit money. However, dying intestate can often contradict the deceased person’s wishes. What lesson can be learned? No matter how much money you have or how well known you may be, estate planning mistakes can happen easily. It is important to have a qualified estate planning attorney compile your wishes and desires into an up-to-date, comprehensive estate plan. If you have not created an estate plan, or if you would like to make sure your estate plan is up-to-date with current laws, call or email Ambler Keenan Mitchell Johnson for a FREE, one-hour estate planning, no obligation,  consultation with one of our attorneys. 303-407-1542 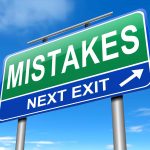 When people think about an Estate Plan, they often have tunnel vision and focus on just a few of the many considerations that influence the plan. Most … END_OF_DOCUMENT_TOKEN_TO_BE_REPLACED